Skip to main content
The ELP will resume in-person classes in our Intensive Program beginning with the Summer 2 session on June 24, 2021. Learn more here. 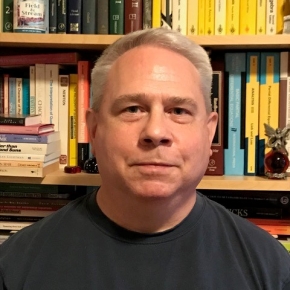 What Mr. Scheyder does: He teaches Computer Programming in languages such as C++, Python and MATLAB for Custom Programs at the ELP.

Experience: He has taught at the ELP since 2015.  Prior to that, he taught Electrical Engineering Technology at New Jersey Institute of Technology. He has extensive experience in computer/information systems engineering and project management. He is currently Co-Owner and Managing Partner of ScheyderWeb LLC.  He is proficient in Mathematica, MATLAB, Maple, C++, Python and other languages. He is a Macintosh guru, a Linux user and a Microsoft realist.

Travels: He was born in New York City but quickly moved to New Jersey after that and now lives downtown in Philadelphia. He has travelled extensively throughout Austria and Germany and China.

Pursuing interdisciplinary graduate studies in Philosophy of Science and Mathematics, University of Pennsylvania

Talk to Mr. Scheyder about: Computer programming, philosophy of science and mathematics, restoring legacy NeXT and Macintosh computers and maintaining an antique Porsche.