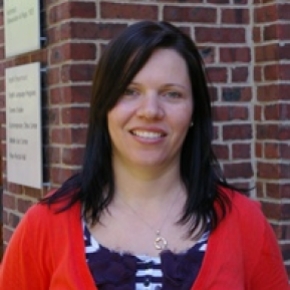 What Ms. Dos Santos does: She teaches language courses in English to students at different levels of proficiency. She coaches foreign employees from international companies so they can function well in an English speaking environment once they are transferred to work in the US.

Experience: She has worked for more than five years as an instructor of English as a foreign language in Brazil. While living in Brazil, she also worked as a translator for international companies. She got a master’s degree in TESOL at Temple University and has been working with English Language Learners (ELL) in the US since 2005. Since 2009, she has been teaching courses for undergraduate and graduate students at Penn in another foreign language (Portuguese). In the past few years, she has helped prepare students from the Lauder Program at Penn for their OPI (Oral Proficiency Interview). In the summer of 2015, she taught an immersion language course at Lauder for students studying abroad and is going to teach the same course this summer (2016). For the past six years, she has been working as a language coach and consultant for employees of international companies who are working in the US temporarily.

Travels: She lived in Brazil and taught English as foreign language there for more than five years. She still goes to Brazil frequently and speaks Portuguese fluently. She has also travelled to several places in Italy and France.