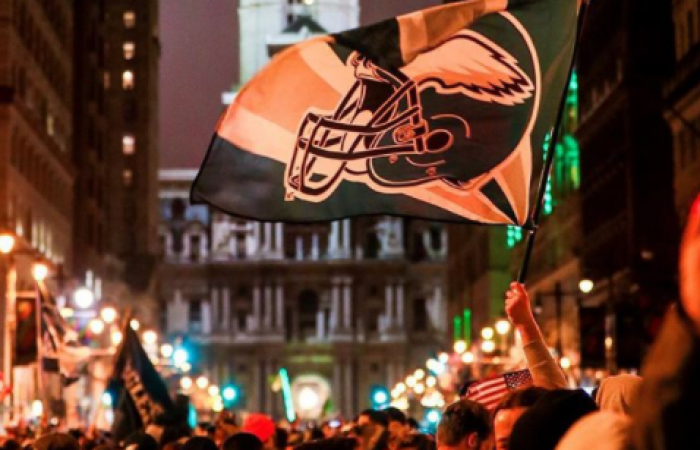 Students this session had a chance to be a part of Philadelphia history! After 58 years, the local American football team, the Eagles, won the Super Bowl, the sport’s national championship game. Thousands of Philadelphians poured out into the streets to celebrate - and ELP students were right there next to them.

“This is the biggest sport event in the US - I didn’t know that,” says Mohammed Al-Balushi, from Oman. “While I was watching I was texting my family as it was happening. We were all so excited. It was the morning there and they were going to work but they wanted to know what happened.” Mohammad added, “This is truly a once in a lifetime experience.”

Asad Al-Fori also got into the spirit, despite not being very familiar with American football. “We tried to figure out the rules as we watched. We went to the Center City at night [after they won]. It was crazy.”

The Eagles beat five-time Super Bowl Champions, the New England Patriots. In the months leading up to the big game, students could feel the buzz in the city.

“I bought an Eagles hat and whenever I wore that someone would come up to me and say ‘Go Eagles!’ even if they did not know me,” Mohammad said. “Everyone was very friendly.”

As the team prepared for the traditional victory parade, Mohammad and Asad prepared as well.

“When Oman won the Gulf Cup we did not celebrate in the same way, with a parade. The people were happy and there was a celebration in the stadium but we do not have a parade,” Mohammad explained. “I like when all the people are chanting the same thing. It’s very exciting.”

“I went [to the parade route] the night before to check out the place and we saw people camping. They told me to stay there with them because I will not be able to find a place tomorrow. We are very lucky to be able to be here for this,” said Asad.